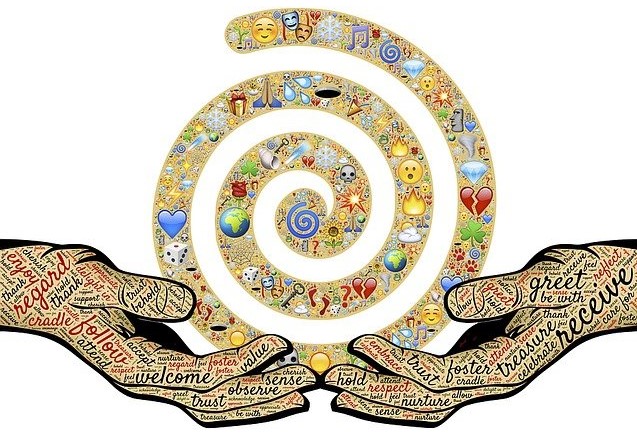 This leads us to our next point: the existence of consciousness implies a lion into two aspects of the fundamental all-underlying Unity. The modern name of consciousness, ” awareness,” equally implies this. For you cannot hang up awareness in the void: awareness implies something of which it is aware, a duality at the least. Otherwise it exists not.

This abstract Twain-in-One, consciousness-limitation, spirit – matter, life – form, are ever inseparable, they appear and disappear together; they exist only in relation to each other; they resolve into a necessarily unmanifest Unity, the supreme synthesis.

“As above, so below.” Again let the “below” help us; let us look at consciousness as it appears when considered from the side of form, as we see it in a universe of conscious things. Electricity manifests only as positive and negative; when these neutralise each other, electricity vanishes.

In all things electricity exists, neutral, unmanifest; from all things it can appear, but not as positive only, or as negative only; always as balancing amounts of both, over against each other, and these ever tending to re-enter together into apparent nothingness, which is not nothingness but the source equally of both. But if this be so, what becomes of the “gulf “?, what need of the “bridge”?

***Excerpt from Annie Wood Besant. A Study in Consciousness: A Contribution to the Science of Psychology