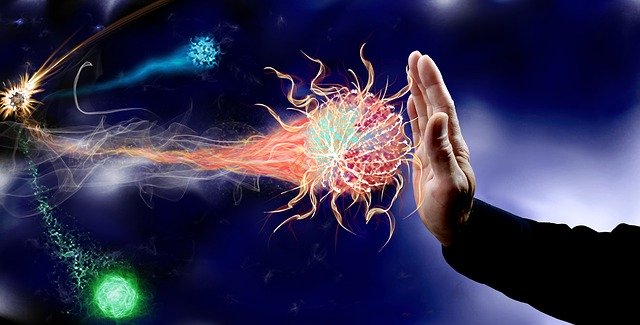 V.K. heard an on-going conversation just as he was about to wake up on July 7, 2019. The last comment was: “The war on earth! You knew about it all this time and you did not notify anyone.”

We have posted several articles on how humans are being affected by the invisible world. Most of us do not see, hear, feel, smell or sense what is hiding behind the veil. It is a good thing because sanity and insanity are linked by a fine thread. Fortunately or unfortunately, there are those of us who have these abilities either at random or at will.

Seeing the invisible is one thing but feeling the impact of these “unseen” assaults, can have a horrific effect in an individual’s life. And when it is a 24/7 awareness of incoming strikes, you start questioning what the heck is going on.

And so it is. Several of our psychics can actually feel every individual’s unseen and unknown infestation, as well as the infestation of incoming entities. It can be from people in a car passing at a distance, someone standing close, a video, an online movie, a conversation via a phone, a text, an animal, a fresh vegetable or fruit and so on.

These strikes display themselves in intangible format: multiple bites which sometimes can be very harsh, things crawling over the skin, milling around of bugs in specific body parts such as the fontanel area, things drilling into a body part such as the knees, fluttering on the forehead, droplets in the eyes and so on. Now imagine this being 24/7.

We are all being infected by direct astral attack and through contact with infested sources. The invisible world is having a field day at our expense and we know nothing about it. The question we psychics ask, is what the purpose of these attacks is. What changes are they working on? What is their end goal? Have no doubt, there is always an end goal but only “Those who know, know”.

It is important at this time to start observing people’s behavior and question why they are acting in such an unusual manner. This must be done from a micro to a macro level, from the uneducated to the educated, the poor to the wealthy, low level workers to top officials, one race to another, one locality to another.

Today, we are all in a blame mode and it is only fair, just by the nature of all the illogical or heinous things that have happened and continue to happen. We want justice, indeed.

But now we need to start acknowledging that something may be wrong with our society and our world in general, something we cannot understand because it does not make sense to us. We see family members, friends and acquaintances who before were fairly decent people and suddenly they start acting in a bizarre way. We see sudden strange illnesses, suicides, drug overdoses, new hallucinatory episodes, questionable homicides, irrational hatred.

Interestingly enough, people unknown to some of us, out of the blue, have said that they do not understand how they could have come out with such hateful words or could have done such an awful act. Irrationality is the new norm.

Awareness, acknowledgement and vigilance may help us save the life of our loved ones. Race, color, creed and beliefs should be the least of our worries today. We all need to start figuring out methods of blocking invisible attacks and possible ways to protect each other as a society, otherwise we may be heading toward some unforeseen hard times and unforeseeable future. But again, could it be that major changes happen when major strikes occur? Does the Universe feel that humanity needs to evolve to a higher mentality?