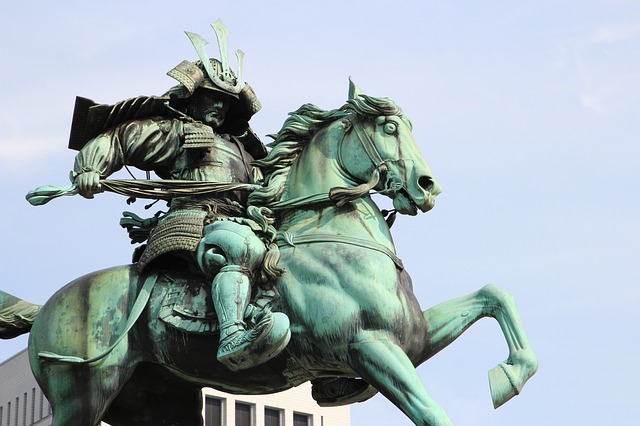 Bushidō stands for the code of conduct that the samurai or the warriors of Japan adopted as their way of living for over 700 years. According to history, the samurai’s beginning (although they seemed to have been around several years beforehand), is noted after a landowner named Minamoto Yoritomo won a battle for supremacy over the whole country in 1192. The samurai’s dominion would last until the final defeat occurred on September 24, 1877 at the Battle of Shiroyama in Kagoshima, Japan.

Yet, this article is not about the samurai but rather about Bushidō. This famous word was coined by a Japanese agricultural economist and politician named Nitobe Inazō who was born in 1862 and died in 1933. He expressed what he believed the samurai way of life was all about.

Some people say that the samurai were not so holy because they were part of the upper echelon who controlled the lower sector of society. Some say that they mistreated many civilians who did not abide by their rules. Others say they were very cliquish and therefore the poor and downtrodden had no way of bettering themselves under their rule. Some others go as far as saying that if the samurai of Japan had been so righteous, Japanese people would not have caused so many atrocities during WWII. Indeed they might be correct but the actions of humanity cannot decry the validity of codes of behavior. Rules of conduct are there to guide us in our journey on this earth, but ultimately what we do with them is a matter of conjecture.

If for example we recall a few of the 10 Commandments such as killing, coveting, stealing, bearing false witness, honoring our parents and adultery, we can easily conclude that from the very top of society to its bottom in every culture, nation, race and religion, many of us failed in the past and many of us continue to do so in the present.

These eight virtues of Bushidō stand as bearers of good conduct for each and everyone of us, on an individual basis. We are all human and we make mistakes all the time but some mistakes are more destructive than others. Thus, when each of us, individually, can abide by these virtues in the best way we can, there will no longer be such a great need for hatred, destruction and wars.

And so we say, Bushidō transcends time.