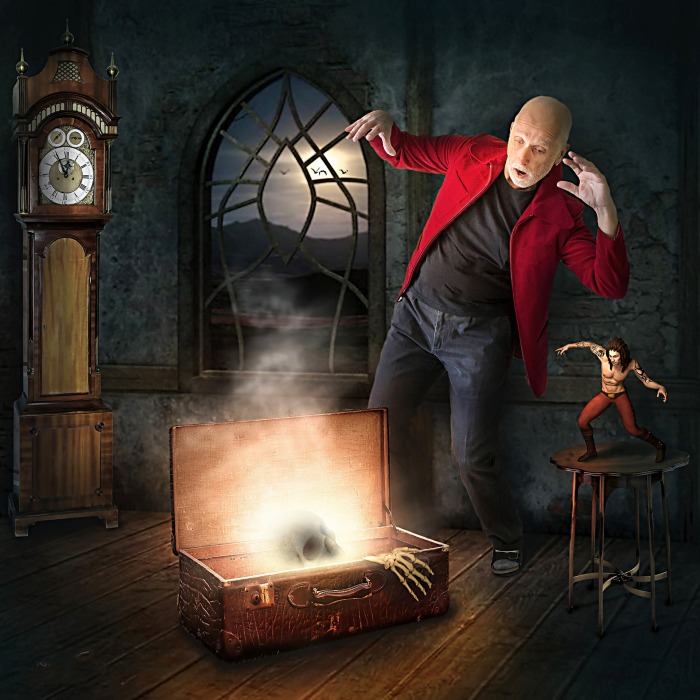 Many people face this challenge, the dangers within the mystical world. They are afraid of what they cannot see. It is by design. Many people are not ready to assume such a position, as far as being on an etheric level.

People need to address their fears first. They need to analyze what exactly scares them about the inner world. The more fears they have, the less they are able to handle the mystical world.

How often have you heard people say that without Jesus or the Virgin Mary they are nothing? You already can see that these people would have a tough time dealing with voices they cannot understand. When one is very radical in his thinking, be it religiously, politically, socially or mentally, one has a hard time dealing with changes. Everything for that person is an absolute.

Absolutes leave no room for discussion. Absolutes are confirmed realities for those folks. Therefore, it is very hard for them to delve into a world they cannot see. They need the perfect physical medium in order to survive.

So back to the dangers of the mystical world, people must first realize they attract who they are, which brings us also back again to karma or cause and effect. Let us say you are a murderer and you spend your time killing without regret. For you, it is an enticing way of life. Well, as above so below. This murderer will attract energies that fit his way of being or his way of life.

Misfits on earth also attract misfits in other dimensions. Think of it as a funnel emitting out a smoke to another environment. If it is a smoke full of venom, there are beings out there who can intercept such a smoke and be attracted by it.

This explains for example when people put out a call to the Above, be it an angel, God, a Master to do wrong to somebody on their behalf. Well, who do you think they attract? They call on the angel who has the same affinities than themselves. An angel of the light would not be willing to go harm somebody for them. So they attract angels of darkness who are more than willing to do such deeds.

So back again to the mystical, spiritual or mythical world. As above, so below. If you are of the light and you never deviate from the light, beings of darkness are afraid of you. They would love to recruit you on their side, they would love to have you go and do their bidding. And what is their bidding? They comprise killing, stealing, raping, molesting, depriving, destroying and on and on. So what do they do? They promise you great treasures, money, castles, wealth and since you are so in need of money, you are willing to do their bidding.

So what are their fears? They fear that not to be religious is a sin. Not to be pious is against God’s command. Not to go to church, to the mosque, to the synagogue, to the temple will bring God’s punishment onto them. They fear their own selves and their own environment. They are not able to let go of those fears. They are not able to accept anything that deviates from what they have been taught. So in turn, what happens when we fear something? The answer is that the exact thing we fear is what comes onto us. We bring our fears into reality. We fear punishment. Well punishment comes to us in many unpleasant ways.

Pay attention to those who do not fear retribution. They go on their way, acting out the way they feel is best for them without any recrimination. Now if it is all good, only good is the end result. If it is bad, well karma is a true expectant, be it in this life or the next.

Never doubt karma because cause and effect go hand in hand.

So, we say to you: enter the mystical realm pure of heart with the goal to discover knowledge and wisdom and you will get exactly that. It may be a rocky road because it will dismantle all your beliefs, but this road will prove to be a mighty heart to you in the end.